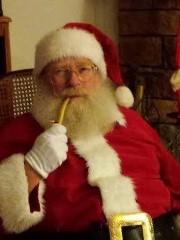 Raymond Paul Gromadski, age 70 of Supply passed away on Friday September 21, 2019 at his residence.

He was born on November 28, 1948 in Essex County, NJ the son of the late, Chester Gromadski and Florence McCabe Gromadski.

Ray was a volunteer for his son’s JROTC at Providence High School in Charlotte.

He enjoyed cooking, being outdoors fishing, hunting and camping with family, friends and the Boy Scouts. He also enjoyed photography both as a hobby and professional, doing portraits, model portfolios, and home photos for real estate pamphlets and chamber of commerce books for three towns in NC.

He was very active in the Knights of Columbus since 1999. Served as Grand Knight first in Our Lady of Lourdes in Monroe NC, then Grand Knight twice in the St Cecelia Assembly in Iselin NJ. Also served as District Deputy from 2016 to 2018 for the NC State Council followed by a short time as Grand Knight for the Fr. Joseph Toner Council in Whiteville. He was an active 4th Degree member at St Brendan helping with collecting donations at Shallotte Walmart for the L.A.M.B. program (the Least Among My Brethren intellectual disabled) and volunteering for the Brunswick Special Olympics. He also ushered at the 8:00am Sunday mass at St Brendan Mr. Raymond loved music and played the trumpet for many years and passed it down to his nephew when he couldn’t play it anymore.

He had a passion and a warm spot for children, he was also known as “Santa” he and his wife, portrayed Mr. and Mrs. Santa for some time at their Church He will be greatly missed.

A Funeral Mass will be conducted 10 AM Thursday October 3, 2019 at St. Brendan the Navigator Catholic Church.

A time of Visitation will be one hour prior to the service at the Chapel of Brunswick Funeral Service Shallotte Chapel.

Private on line condolences may be sent to www.brunswickfuneralservice.com.

In lieu of flowers please make a donation in Ray’s behalf to The L.A.M.B. Foundation of NC through the Knights of Columbus Council 9039. The Foundation is a public 501(c)3 not-for-profit charity dedicated solely to assisting people who have intellectual disabilities within the state of North Carolina