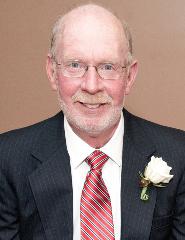 Born in Stamford, CT on February 16, 1948, he was a son of the late Thomas O’Connor and Margaret Callahan O’Connor. In addition to his parents, he was preceded in death by his wife, Phyllis Dendler O’Connor.

Richard was a standout basketball player at high school and collegiate levels. He attended Trinity Catholic High School and graduated in 1966, before attending and graduating from Iona College in 1970 with a Bachelors of Arts. Richard worked as an operating engineer until retirement in 2004. He and the love of his life, Phyllis O'Connor, retired to their dream home and happy place in Ocean Isle Beach, NC at the Ocean Ridge Plantation. They were a staple in the Ocean Ridge Community and beloved by their neighbors and friends. Later in life, Richard became an exceptional golfer, winning multiple tournaments including the Ocean Ridge Mens Club Championship.