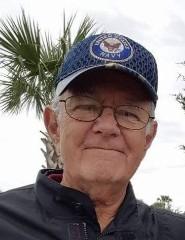 Bob was a U.S. Navy veteran serving a tour of duty on the River Assault Squadron in Vietnam.  He obtained his Master's degree in Industrial Psychology, worked for over 20 years with General Electric and then joined Harman Motive as the executive leader in Human Resources.  Bob dedicated his life of servitude to those around him from his times as a little league coach (including coaching a little league state championship team in 1979), to serving as the Chairman of the First Tee Organization, founding the Bricklanding Cancer Golf Tournament, and was a member of the American Legion.  But he also helped many who will never know his name through his foundation, his gospel, and at times even dressing up as a secret Santa to provide gifts to under-privileged children.

Robert Jones loved his family, his friends, and most importantly, God.   He worked hard to make this world a better place for those in need, living his life in service to others.  He was also a great friend to many people around him, never losing touch with the people he cherished.   Bob was not just a father to his son, but also his best friend.  When Michael was married, Bob was the best man at his wedding.  For seven years, he fought for his life and the ability to be able to see and meet his future grandchildren.  In the end, he won the battle, having the opportunity to be blessed with four grandchildren during this time.  Until his final day, he never stopped reading or spreading the word of God, or finding ways to help those in need.  He will forever be loved and missed by those who knew him.  His spirit, life of servitude, and contributions have made the world a better place for future generations.

A Celebration of Life will be conducted at 1:00 PM on Monday, November 21, 2022 in St. James, The Fisherman Episcopal Church.

On-line condolences may be sent to the family at www.brunswickfuneralservice.com