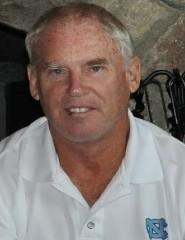 Bob Nelson passed away on October 8th with his wife of 50 years by his side. Born outside of Boston, Bob graduated high school and met the love of his life, Dianne, in Cape Elizabeth, and considered Maine home. Bob went on to earn a chemical engineering degree, training that not only allowed him to build a successful career, but to also ferment his own wine in a spare bathroom while living in Kuwait. Vintages were defined by the day of the week and hour; a “Tuesday” bottle was considered fully mature by the time Saturday rolled around. In addition to a three-year assignment in Kuwait, Bob was posted to Geneva, Switzerland in the early 1990s and was responsible for teams and businesses in the US, Europe, Middle East and Asia over the course of three decades. He was as comfortable in a corporate boardroom as he was eating from a street vendor in Bangkok.

An avid traveler, together with Dianne, Bob set foot on all seven continents. From the Pyramids of Giza to the vineyards of Margaret River, from the Left Bank of Paris to the plains of Patagonia, and dozens of countries in between, Bob wandered the world collecting factoids that made him an infuriating Trivial Pursuit opponent. He was a true and devoted oenophile, with wine tastings woven into trips whenever possible. Bob sipped his way through Australia, New Zealand, Argentina, France, Spain, Portugal and California, remaining upright and faithful to his meticulously researched itinerary regardless of how many glasses were emptied.

Later in life, Bob joined the St. James Fire Department. His family quickly learned the difference between bumper and blitz lines, axes and cutters, and safe zones and scuttle hatches; without ever actually asking a question. Bob found real meaning and lasting friendships at the fire station. He was proud to be a first responder. He made a difference in more than a few lives. He bought a pair of old school Vans with flames printed down the side.

Ah Gong, as he was known by his beloved granddaughter, Avery, was the explainer-in-chief, a committed but clumsy Super Mario Bros. partner, and stiff competition for the last steamed clam in the pot. In addition to providing countless opportunities for yawns, polite nods and eye-rolling, there is but one source for Avery’s photographic memory and Division-I volleyball frame.

Having been sufficiently reserved in his 30s and 40s to leave some with the impression he’d taken of vow of silence, retirement opened the verbal floodgates. Getting a word in edgewise required a Halligan bar. Without Bob, dinner conversations will be excruciatingly short, span fewer centuries and rarely, if ever, reference more than one celestial body. The remarkable detail and range of Bob’s storytelling was matched only by the short and shallow retention of most audiences.

Bob will be missed every single day by a long list of family and friends, including his wife, Dianne; son, Steve; granddaughter, Avery; Steve’s partner, Mindy; son-in-law, Gus; sister-in-law, Janis; brother, Don; and sister, Barbara. Bob’s daughter, Stephanie, passed away earlier this year, selfishly removing herself as the long-running, highest-odds bet on the “Drive Bob to an Early Grave” board. Like Bob, she was an original and irreplaceable.

In lieu of flowers, donations in Bob’s memory may be made to the National Fallen Firefighters Foundation (https://www.firehero.org).