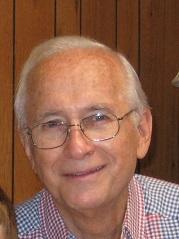 Robert Greer Simmons, 79, of Carolina Shores went home to be with his Lord on Friday, January 8, 2021. Robert was the last child of the late Vincent W. Simmons and Lella Mae (Thomas) Simmons to be born at Hickory Hall Plantation, Calabash, in 1941 where his mother was born in 1904.

Robert graduated from Shallotte High School and was owner of Simmons Calabash Seafood, Calabash. He also served, with great honors, on the Calabash Town Council and as a Brunswick County Commissioner.

Robert loved history and always cherished his roots and the “old home place.” Until his last breath he remained true to his heritage and the little Town of Calabash. Growing up in Calabash, when it was just a small dirt road in the backwoods of North Carolina, he never grew tired of talking about the old days. A kind and humble man that loved God, his family and his country. Robert always wanted to help people in any way possible and spoke with respect about everyone. When Robert served two terms as a Brunswick County Commissioner he was proud to see the first hospital in Brunswick County brought to fruition.

In addition to his parents, he is preceded in death by two brothers, Vincent W. Simmons, Jr. and Douglas Simmons and two sisters, Janice Graham and Carol Geddings.

Due to the Corona Virus and per Robert’s wishes, the family will have a private ceremony. He will be interred in the Thomas Family Cemetery.

In lieu of flowers the family request memorial donations be made to The Thomas Family Cemetery by writing a check made out to Betty Leonard and mailed to:  United Community Bank, 1312 Professional Drive, Myrtle Beach, SC 29577. Write account #0410002265 on the memo line.

The family would especially like to thank the nurses of Hospice who helped us through such a difficult time. You will not be forgotten! We also thank everyone for their phone calls, messages, food, encouragement and most of all, prayers. Hugs to you all.