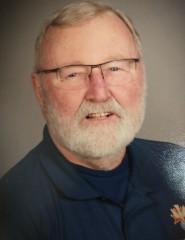 Born on June 12, 1948 in Arlington, MA, he was a son of the late Robert E. DeJoie and Claire Saulnier Mullaney.

Bob served 4 years in the U.S. Navy as an ASE2 Petty Officer. Bob and Jane were married for 49 years. During this time, they enjoyed traveling to places near and far. During his early career, he was an electrical engineer at Bell Labs in Andover, MA. Bob loved fishing and diving while living in the Marshall Islands where he was a systems/software engineer for 15 years. He enjoyed volunteering in various ministries as opportunities arose. He was also active in the American Legion, Lion’s Club, and the Knights of Columbus, 4th Degree.

A Mass will be celebrated on Tuesday, April 26, 2022 at 10:00 AM in St. Brendan, The Navigator Catholic Church. Inurnment will follow in the church columbarium.