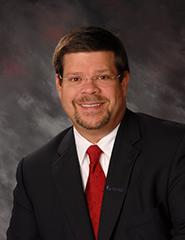 On July 17, 2016 Roger Alan Cox began his heavenly journey surrounded by the family that he loved. A great man of faith, he was an incredible example of strength and wisdom throughout his life and especially during his illness.

He was born in Washington, D.C., on February 3, 1961, to William Fleet Cox, Jr. and the late Virginia Neisler Cox. He was a graduate of T.C. William High School (go Titans!) and earned his bachelors of business administration from Campbell University. Working as an accountant, he also taught night classes at Brunswick Community College, and in 1990 he earned his CPA certification. ATMC was privileged to have him as an employee for 27 years. He began as an accountant, and through his dedication and hard work, eventually held the titles of CFO and COO/GM.

Roger loved and believed in the community where he lived since 1985, volunteering his time and talents by serving on too many boards, committees and foundations to list. He raised thousands for Brunswick Community College in 2009, while showing off his skilled pase doble moves through Dancing with the Stars. He was awarded citizen of the year in 2011 and served as an associate district lay leader beginning 2014. His professional accomplishments were many, but his personal accomplishments were immeasurable.

Roger was a gifted teacher in all situations, often utilizing his quick wit to play devil’s advocate and challenge those around him to think critically. He was blessed to have found his soul-mate and have more than a decade filled with laughter and love. His grandchildren knew him as “Papa” and his children will dearly miss their late night porch debates, where they would sit for hours discussing religion, politics and life in general.

Memorial services will be conducted at 2:00 PM, Saturday, July 30, at Camp United Methodist Church, where he was a member, by The Rev. Richard Vaughn. The family will receive friends for one hour prior to the service at the Church.