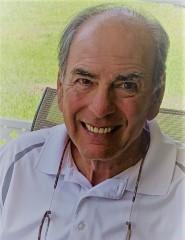 He was born in Queens, New York on January 26, 1947 the son of the late Anthony LaMontanaro and Mary E. Gangi LaMontanaro.

Mr. LaMontanaro owned and operated Abar Plumbing and Heating in the Goshen, NY where he and his family lived for many years. He was a veteran of the United States Navy during the Vietnam Conflict. He was a member of the American Legion Post 503 of Calabash.

A Memorial service will be held at 11:00 AM Saturday February 1, 2020 in Brunswick Funeral Service Chapel.

On line condolences may be sent to www.brunswickfuneralservice.com.

In lieu of flowers memorials may be sent to SECU Hospice House of Brunswick, 955 Mercy Lane Bolivia, NC 28422.