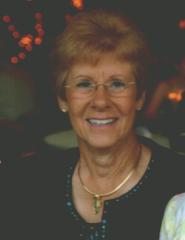 She was born in Talladega, AL on September 3, 1936 the daughter of the late Guy E. Snavely, Jr. and Helen McNeill Snavely. They moved to Columbus, GA in 1945 after her father returned from military duty in France.

She graduated from Columbus High School in 1954 and attended Wesleyan College and the University of Alabama. She was a member of the Chi Omega Sorority and also attended Birmingham Southern College. She met the love of her life, Fred Coleman Abernethy, Jr. when he was stationed at Ft. Benning, GA and they married on January 25, 1958. She was a member of the Hickory Choral Society as well as serving as a past president. She loved to sing and sang in several church choirs, she had a beautiful soprano voice. She served as senior youth leader at Corinth United Church of Christ and was a member of the Service League of Hickory, NC. She enjoyed skiing trips with friends and family and was an avid golfer. Together both she and Fred were active in the community and lent their help with several charities.

No local services will be held at this time.

Contributions may be made in the memory of her to the Avery County Humane Society or the Alzheimer Association, or your favorite charity.

Online condolences may be sent to the family at brunswickfuneralservice.com.