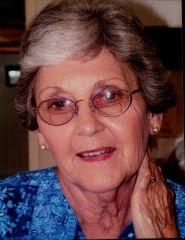 Shirley Jean Lott, 82, of Supply, NC died March 4, 2020. Born in Wilmington, NC on August 30, 1937, she was the daughter of the late Boyd Lott and Sheula Lewis Lott. In addition to her parents, she was preceded in death by her brother, Freddie Lott, and her sister Lillian Ann Lott Stanley.

Shirley was well known in the Shallotte area after working for nearly thirty years for Dr. Ben Ward. She was a member of Boones Neck Baptist Church.