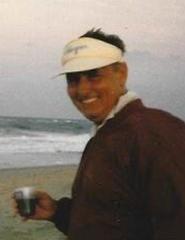 Stas graduated from Mt. St. Joseph High School in 1963 and continued his education at Towson State.

He served in the United States Army from 1967 until 1971.   He owned a restaurant supply business in Baltimore, “Stanley’s Union and Supply.”

Stan lived most of his life in Baltimore and moved to Southern New Jersey to be close to his grandchildren.  In 2012, he and his wife moved to Calabash, North Carolina where weather was warmer and winters milder.  He made many new friends and worked at the VFW Calabash Post 7288 until the end of 2018.  Stan enjoyed golfing, traveling, reading, crossword puzzles, and Sudoku. In July, he and his wife went on an eleven day Alaskan cruise, fulfilling one of his lifelong dreams.

Stas was a member of the American Legion Nocha White Post 503 Calabash, Men’s Auxiliary of the VFW Calabash Post 7288, and Catholic War Veterans.  A Funeral Service will be held on September 13 at 10 AM at St. Brendan’s Roman Catholic Church in Shallotte, NC.  A Celebration of Life will be held at VFW Calabash Post 7288 on September 14 at 1 PM.  Interment will be in Baltimore at St. Stanislaus Cemetery, on September 21 at 12 noon, 6515 Boston St., Baltimore, MD 21224.