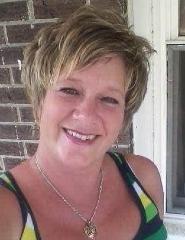 On Saturday June 18, 2020 at 2:05 in the afternoon, our Stephanie Rhinehart, 52, left this life peacefully, surrounded by family, after a long battle with cancer. She was a superb opponent of this disease, never letting go until there was just no fight left. She was brave, never complaining, always making sure she was as bright and cheery for those around her, always making time for the phone calls and texts and of course face-timing. She fought valiantly with the grace only she had.

She was born in Fayetteville, NC on June 13, 1968 to Stephen Patrick Smith and Patricia Stitch Webb, both of whom still survive. She was preceded in death by her grand parents John (Jack) F Stitch and Virginia (Jenny) Stitch and Raymond Smith and Dorothy (mama Dot) Smith.

She sorrowfully leaves behind her soulmate, friend, and husband, Charles (Aaron) Simmons, of the home. They were perfect together, and what a pair they were. Also left are Daughters Kala (Neill) Spriggs and Kourtney (Shane) Eagle, and a Son Jeffery Rhinehart and fiance Natalie, both whom serve in the military; grandchildren Brylee and Bronson Spriggs and Ethan and Isaac Eagle. A brother Troy (Tania) Smith and family; Sister Kimberly (Jimmy) Lawler and family; and Sister Ashley (Chris) Hester and family. Also surviving are several nieces, nephews and cousins as well as a Father-in-law Charles R Simmons of Supply and a Mother-in-law Julie Clemmer of Bolivia.

Stephanie had a light about her, she could brighten up a room just by entering it. Now her light is even brighter by the love she gave freely and the imprint she left on so many… Stephanie was full of life and so fun to be around. She had a bubbly and outgoing personality until you made her mad, LOL. She was a very selfless kind soul and would help anyone at anytime. Her energy shined in all she did. She will always be in our hearts and soul as she was able to teach us all so much about love and giving of one’s self for the purpose of bettering one’s life. Fly high sweet angel, fly high.

A Special Celebration of Life Service will be held for Stephanie at a later date and time, as directed by the family.

The family requests no flowers; donations may be made in Stephanie’s name to the Susan G. Komen Foundation for Breast Cancer, 600 Airport Blvd #100, Morrisville, NC 27560.