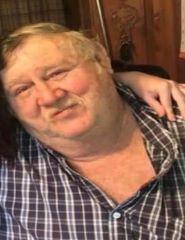 Ted Ervin Smith, 72, of Ash, NC, died May 26, 2021. He was a son of the late Lora David Smith and Clara Long Smith. After graduation from Waccamaw High School in 1967, Ted began a career with Seaboard Coastline Railroad in Wilmington, NC , before joining the US Army where he rose in ranks to Sergeant. He served his country in Vietnam where he was a recipient of both the Silver Star and the Bronze Star. After serving in the Army, he returned to work with the railroad.

Ted was known for his generosity, but his greatest love was for his family. He was a man who loved to fish, raise cows, spend time with friends, and make people laugh.