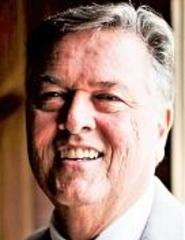 Terry Lee Gest, Sr. of Bolivia passed away on Monday November 11, 2019 after a brief illness.

He was born in Columbus, Ohio on August 16, 1955 the son of Winnie Nell Dial Gest of Wilmington, NC and the late Charles J. Gest. He was preceded in death by two brothers, Joe Gest and Wayne Gest.

Mr. Gest was a veteran of the United States Coast Guard over twenty years of service. He attended Coastal Church in supply, NC.

Surviving in addition to his mother, are his wife, Dawna Gest of the home; his children, Brandy Gest of Seattle Washington, Chassity Marze of Indian Trail, NC, Cheyenne Gest of Charlotte, North Carolina, Terry Gest, Jr. and wife, Bailey of Belmont, North Carolina and Nicholas Hersom of Fayetteville, Arkansas; a brother, Danny Gest of Columbus, Ohio; several nieces and nephews who adored him; his special pets Annie, Zorro and Josie.

A visitation will be one hour prior to the service at the funeral home.

Private on line condolences may be sent to www.brunswickfuneralservice.com.

In lieu of flowers memorials may be sent to the Wounded Warrior Project.