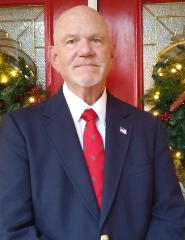 Born January 19, 1946 in Philadelphia, PA, Ted was the second son of the late Louis John Smythe and the late Theodora Duncan Smythe.

Graduating from Plymouth-Whitemarsh High School, Plymouth Meeting, PA in 1964, Ted then attended Bloomsburg University before being asked to leave because he was having too much fun. Ted enlisted in the U.S. Navy in 1965, becoming a Hospital Corpsman. He served at Balboa Naval Hospital (CA), Oak Knoll Naval Hospital (CA) and at Portsmouth Naval Hospital (VA). In 1967, he was transferred to the U.S. Marine Corps – Fleet Marine Force serving at Cherry Point Marine Corps Air Station (NC) where he flew medivac missions while also serving at the base hospital.

Receiving his honorable discharge in 1969, Ted began working as a lab technician for Rohm and Haas Corporation, Spring House, PA. In October of that year Ted met his future wife, Joy, on a blind date. They were married in 1970. This August they would have celebrated 50 years of marriage.

Ted had a rewarding 50-year career in the health care profession. He earned his Associate Degree in Applied Science Nursing in 1972. Initially he worked for several Philadelphia-area hospitals and then served as director of nursing at Einstein Hospital Outpatient Renal Dialysis Center for five years. Deciding he needed a change, Ted returned to school and graduated in 1979 from the Frank J. Tornetta Montgomery Hospital School of Anesthesia, Norristown, PA.

Ted spent the next 40 years as a Certified Registered Nurse Anesthetist (CRNA), a profession he truly loved. He would often say that there was never a day he didn’t love going to work to take care of people.

As a CRNA, he worked on staff at several Philadelphia area hospitals – Chestnut Hill, Einstein Northern and Doylestown, to name a few. In 1992, Ted established his own anesthesia agency contracting his services with various hospitals and dental offices and spent four years as the sole anesthesia provider for a plastic surgery practice.

Ted and Joy moved from North Wales, PA to St. James in Southport, NC in 2002, where Ted continued his career providing anesthesia first at Brunswick Hospital then at Dosher Memorial Hospital, where he continued to work until his illness was diagnosed in October 2018.

Ted was an accomplished sailor; he, with Joy as his first mate, cherished their time sailing the Chesapeake Bay and the British Virgin Islands. Throughout his life, he valued nature and the environment and spent thousands of man hours creating his own beautiful home landscapes and ecosystems. Ted was a devoted fan of his beloved Philadelphia Eagles. At St. James, Ted was a member of the Men’s Golf Association, the Rifle and Gun Club, and the Bike Club. He was a member of the National Rifle Association. Ted and Joy are members of Community Church of Brunswick.

Ted wrote, “Love life. Live everyday as if it is your last. Remember, we have such a short time to be here, and such a long, long time to be gone. Be kind and loving to your family. Love your God and your country. With God all things are possible.”

The family wishes to extend their abundant gratitude to the medical staff and volunteers of Lower Cape Fear Hospice for the care they so lovingly provide.

Online condolences can be made at www.brunswickfuneralservice.com