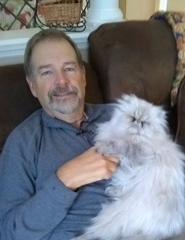 He resided in South Plainfield for forty-two years; Branchburg, NJ for twenty-two years; and Ocean Isle Beach, NC, for two years. He worked in the printing industry in technical roles at Azoplate, Polaroid, AGFA, and Hoechst Celanese.

Tom was a devoted loving husband who loved golf, playing poker, sporting clays, music, and especially his cats Jake and Hope. He was a very generous, giving, funny, and extremely honest (even in golf scoring) and conscientious man.

Surviving, in addition to his mother, are his wife of forty-four and one-half years, Diane Bumback Petercsak of Ocean Isle Beach; brother, Robert Petercsak (Janis) of South Plainfield, NJ; niece Melanie Carballo (Don) of Brick, NJ, and their two girls, Cassidy and Sara.

Services will be held at a late date in New Jersey.