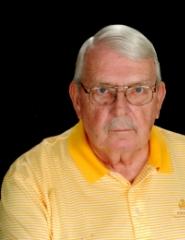 Thomas Michael Gilmartin, 80, of Calabash died November 28 2019. Born in New York City, NY, he was the son of the late John Gilmartin and Elizabeth Poland Gilmartin. He was a retired power plant supervisor. He was a Fourth Degree Member of the Knights of Columbus, a Eucharist Minister, an active member of the church food pantry at St. Brendan’s Catholic Church, a volunteer with Meals on Wheels and former member of the Calabash Elks Lodge. He was a former volunteer fireman and served as chief of the New Hackensack Fire Department in Wappingers Falls, New York.

A Mass will be celebrated at 10:00 AM, Friday, December 6, 2019 at St. Brendan’s Catholic Church. Inurnment will follow in the church columbarium.

The family will receive friends from 3:00 PM until 5:00 PM, Thursday, at Brunswick Funeral Service, Shallotte, with a prayer service at 4:00 PM.

Memorials may be made to the Calabash Volunteer Fire Department, 892 Persimmon Road, Calabash, NC 28467.

On-line condolences may be sent to the family at www.brunswickfuneralservice.com.