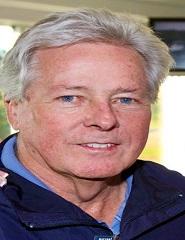 Walter Phillip Manning of Sunset Beach passed away on Wednesday June 30, 2021 at the SECU Hospice House of Brunswick.

For the past 18 years, Phil has lived in Sunset Beach, NC.   He loved his home, golfing with his buddies, bowling, travel and salt water fishing, but most of all he loved to spend time with his family.

His good humor, strength and love will live on through his family as will the stories they know and share about him.  He was a Southern gentleman, one of the good guys.   His life was shorter than we wished but it was a life well lived.

A celebration of his life will be held at a later date.

On line condolences may be sent to www.brunswickfuneralservices.com

I’ll see you in my dreams