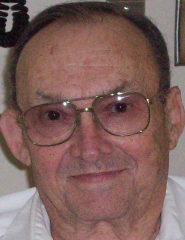 William David Beck, 90 years of age living in Bolivia, NC passed away Monday October 7th, in his home surrounded by his loved ones. William (Bill) was born August 1st, 1929 in High Point, NC. He was the son of Winfred and Minnie Beck. He and his wife Norma Grissett Beck recently celebrated their 70th wedding anniversary in August of this year.

He and Norma wanted to wait until the other spouse (Norma) passes away at which that time they will have their memorial service together and be with our Heavenly Father forever. For 17 plus years Mr. Beck taught Real Estate at Brunswick Community College in Bolivia, NC until he retired. He loved his job and all the people he helped acquired their Real Estate license.