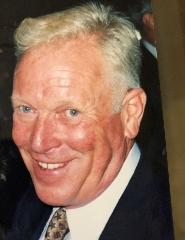 Bill grew up in Scotch Plains, NJ and later lived in Flemington, NJ for 30 years. He was a licensed master plumber for over 45 years and operated his own business, William Rudnik, Plumbing and Heating. He retired in 2006 and moved to Calabash, NC. He was an avid golfer and active in his community. Bill was always willing to help his friends and family with anything they needed.

Private on line condolences may be sent to www.brunswickfuneralservice.com