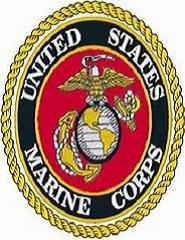 Born in New York City, NY on November 23, 1932, he was a son of the late William McKay and Rosalie McKay. In addition to his parents, he was preceded in death by his brother, Butch McKay; sisters, Florence Holls and Mikki Oehlmann.

He was a retired law enforcement officer and also worked for the U.S. Postal Service and owned his own landscaping business. He was a USMC veteran.

Inurnment will take place in the Camp United Methodist Church Columbarium at a later date.