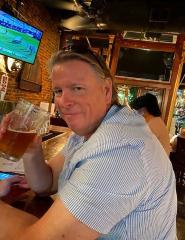 William Donald Mallard, Jr. (“Tommy”), 64, of Ocean Isle Beach, passed away Thursday, August 25, 2022. Tommy was born on April 4, 1958, in Sampson County, North Carolina, to William Donald Mallard and Betty Ruth MacNair Mallard. He graduated from East Carolina University with a Bachelors in Psychology. Upon graduation, he began his career in home health, which continued for approximately 40 years. In 2001, he married Peggy Smith Mallard of Lenoir County, North Carolina. Tommy was quick witted with a vivacious personality. He was a loving husband, father, “Papa”, and “Baba”. He loved ECU and Panthers football and enjoyed grilling for friends and family.

He is preceded in death by his parents, William Donald Mallard and Betty Ruth MacNair Mallard, and brother, Harvey Mallard.

A private memorial will be held by the family.